High jump contest the Lido de Paris Masters Power was the first highlight of the day at the Longines Masters of Paris. Seven of the seventeen pairs entered came from the Masters Two category and ten from the Masters One.

Tied at 1.97 meter, Egypt’s Nayel Nassar and Switzerland’s Martin Fuchs are joint winners of the Masters One while the Netherlands‘ Elise van de Mheen, the only rider from her category to clear 1.87 meter, was the best of the Masters Two section.

After an initial round at 1.45m, all riders but Italy’s Filipo Marco Bologni started in the first jump-off at 1.72m. With an extra 27cm, things were getting a bit trickier. Nonetheless, twelve pairs gave the second jump-off (1.87m) a go! Now, the added 15cm proved much more challenging. Of the Masters Two field, only The Netherlands‘  Elise van de Mheen managed to clear the line. On the Masters One side, Nayel Nassar, France’s Philippe Rozier and Martin Fuchs remained in contention. The Egyptian and the Swiss easily cleared the next round at 1.97m while Philippe Rozier’s Prestigio LS La Silla refused to launch himself at the impressive vertical.

The competition was then coming to an end. Both leaders had a final attempt at 2.07m, both a record height and a challenge with a 10 000 euros Super Bonus for all riders clearing over 2.05m at each leg of the Longines Masters Series. Were they going to be able to fly even higher? Despite their determination and the support of the Paris audience, neither managed to clear the huge jump. No Super Bonus, then, but a nonetheless superb victory for the riders who were both partnered with horses who were novices at this type of competition.
„This was a good class in which I had entered my Grand Prix horse Silver Shine. We gave a go at 2.07m and it didn’t work. 2.07m is actually quite high. Especially as it was Silver’s first puissance. I like entering this kind of class before a Grand Prix. The gymnastics are very good preparation“, explained the European champion Martin Fuchs. „It was Can Can Della Caccia’s first puissance. Honestly, I did not know how he would react. I’m not very experienced either at this kind of class. But he got better and better after each round. He felt like he kept growing up“.

Next flagship competition at the Longines Masters of Paris will be the Longines Speed Challenge. This time, speed will be key and the atmosphere promises to be electric. The class begins at 9.45 pm! 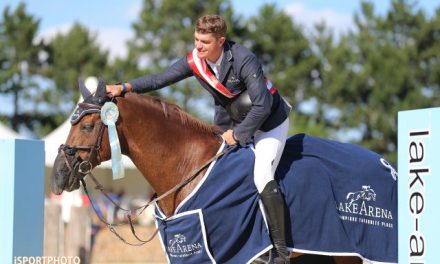 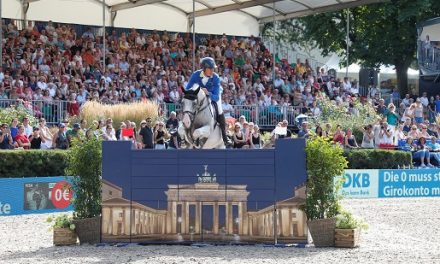