The show-jumper, Ludger Beerbaum, had surmised that a Chinese rider could win the Longines Grand Prix for the first time this year.

He was almost proven right. However, in the end an old acquaintance, Henrik von Eckermann, finished first at the “Bird’s Nest”, the legendary Olympic stadium of Beijing. The Swedish rider namely repeated last year’s victory.

Ciren Bianba, a Chinese rider, came second ahead of Daniel Deusser from Germany. Seven riders jumped clear in the first round built by Frank and Isabel Rothenberger to reach the jump-off, four of whom were Chinese. This in itself demonstrates the good development that the equestrian sport has made in China. The further promotion of this development is one of the key aims of the show. Ten international riders compete against the best riders of the Middle Kingdom, who have to qualify for the Longines Beijing Masters over the course of several months. Due to the quarantine regulations, the international riders have to compete on borrowed horses, “of course that turns it into a little bit of a gamble for us,” commented Harrie Smolders from the Netherlands, who is currently number one in the Longines World Ranking.

Things didn’t look to rosy for Henrik von Eckermann and Cincitty at the start. He picked up 12 faults in the opening jumping competition, however he jumped clear yesterday in the team competition and ultimately won the class with his team. Then, the highlight followed today on Sunday, when he crossed the finish line in 38.38 seconds after a speedy ride – nobody managed to beat this time, so he succeeded in pulling off the double. “I am delighted at repeating last year’s victory in this fantastic stadium, it is simply super,” stated Eckermann, who will now “fly home with a wonderful feeling.” 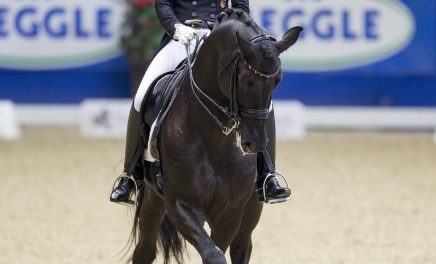